Mercari Vs Poshmark – Which One is More Profitable For Reselling 2020?

If you have tons of extra outfits just lying around congregating your closets then you are possibly thinking about donating or tossing it.

Fortunately, there is a plethora of websites and apps available on the internet where you can resell your clothes that you no longer want or need.

The online reselling platforms provide you the opportunity to turn your closet trash into cash. Poshmark and Mercari are among the reselling apps that let you sell your no longer needed stuff online.

How Can I Decide Which One To Go For Poshmark Or Mercari?

It is not easy at all to tell which one is best for reselling business especially, if we keep Mercari vs Poshmark, side by side. Since each of them has its own set of distinct features.

Before you make any decision regarding which app to go for to get things started. We recommend you to read this till the very end. In order to check out a few discerning differences that we have found among the two super-popular reselling apps. So let the discussion begins!

The key reason behind why you see Poshmark so popular is that it was the first one who introduced the idea of an online reselling platform.

Learn More: About The Poshmark CEO

Poshmark initially began as an online place to buy and sell branded and high-end fashion products. Swiftly it became the place for designer clothes and brand name shoes.

Why Sell On Poshmark?

What made Poshmark so special is that unlike many other clunky websites, it allows people to list their items from their phone directly for sale. This persuaded thousands of people to register into the app to sell their clothing for cash.

This innovation and responsiveness of Poshmark lead to gaining industry attention soon after its launch.

Poshmark is designed in such a way that users use to perceive it as a social marketplace. A marketplace where users can share, comment, welcome new posher and even host virtual parties.

You can create listings for as many items on Poshmark as you want. Moreover, the process of item listing is remarkably easy.

As a seller, Poshmark enables you to offer discounts codes and offers to increase purchases. Furthermore, it allows you to directly share your listing over Poshmark communities.

– Only Positive Feedback is Shown:

You will love this feature! Poshmark only displays good feedback or love notes. Furthermore, negative ratings or comments are not available for public viewing.

Learn More: Why You Should Choose Poshmark Reselling over Depop?

Sky Rocket Your Poshmark Sales up to 200%

Hire a Virtual Assistant who will make money for you!

Initially in Japan, Mercari launched back in 2013. Poshmark, at that time, was well established, but there was no online platform for people in Japan to sell their used items easily online.

Is Mercari Legit and Better Than Poshmark?

As far as legitimation is concerned, Mercari is 100% legitimate. With its launch, Mercari aimed to allow its users to sell any items they want. Likewise Poshmark, Mercari also allows selling and buying of items from a phone. Making their platform very convenient for a normal person with a smartphone. However, we can’t say that Mercari is better than Poshmark.

Mercari targets those people who are searching for a great deal, collectors online. Moreover, it targets people who love shopping but like to get rid of the extra items that they have bought earlier.

Mercari charges only 10% commission and it has one of the least commission rates around.

Since its launch, Mercari has improved its platform with various upgrades and improvements. Moreover, listing an item is very easy on Mercari.

On Mercari, your customer can directly message you for asking queries or price negotiations.

Mercari has recently raised its shipping prices. It is a little cheaper than USPS shipping rates. However, it makes items that are over 1 pound more expensive compared to Poshmark.

You can’t receive your payment until both your buyer and you rate each other. If your buyer fails to rate you within 48 hours of delivery then you may have to wait a few days for fund release.

Any buying and selling platform on the internet is vulnerable to scammers. However, scamming seems to be very normal on Mercari. There have been a great number of incidents that relate to Mercari. 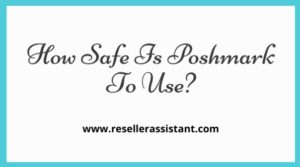 Poshmark Review – Is Poshmark Safe To Use? 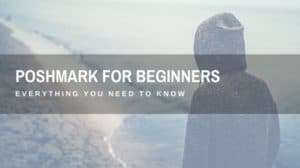 Poshmark for Beginners Tips 2020 | Getting Started 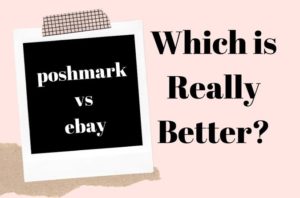 Poshmark vs eBay: Which One Is Best For Selling Online in 2020?